The beauty of art is something that many people can agree to cherish together. Unfortunately, with COVID-19 many galleries and museums had to temporarily close or dramatically decrease the number of viewers allowed to enter.

The wonderfully unexpected benefit of closed museums was that they launched them into online galleries. A virtual art gallery presents the unique ability for someone to enjoy the beauty of art without having to leave their home.

Utilizing an online museum tour can open the door to a whole new world of possibilities. An online virtual art gallery provides someone the opportunity to appreciate art without having to spend the money or time to go there in person.

Google has no loss of ambition concerning branching out into new fields. Their program Arts and Culture partners with hundreds of museums across the world to create available art for the masses at the click of a button. To make it even sweeter, it is completely free!

It allows museum exploration at your convenience at any time and at any pace! They feature over 15,000 places to explore as well as multiple exhibits, movements, and galleries.

The site provides stunning pictures of works of art but also artist renditions of cities and ruins before their destruction. It allows for the meshing of history, especially art history, with the actual works displayed today to create an experience that leaves a lasting impression.

Currently, Google Arts and Culture feature two exhibits for a virtual museum tour at the National Gallery of Art in Washington, D.C. The exhibits feature “Fashioning a Nation” and “Vermeer and The Masters of Genre Painting.”

Six different art mediums are displayed in the National Gallery, including ink, graphite, and watercolor.

Six of MASP’s exhibits are available to view online. Their various galleries include many different mediums and periods. Specifically, MASP has available for viewing sculpture, ceramics, photography, and even fashion.

The MASP floor plan is even open for viewing so that users can virtually walk through the entire museum and its multiple exhibits and galleries currently on display.

Online art tourism provides the opportunity for learning and examining art from home.

Paul Getty features 42 online exhibits and two physical locations. One location is in Los Angeles (Getty Center), but the other is in Malibu (Getty Villa). Both have different galleries that are still available for online viewing.

Most of the Getty pieces are historical. While the Getty Villa focuses on a specific area and the cultures that originated there, the Getty Center is much more inclusive time span-wise and continentally.

The United Kingdom’s National Gallery in London features six collections and forty-one online exhibits. They have over 2,300 pieces to explore on Google Arts and Culture! The U.K. National Gallery displays works starting from the thirteenth century up to modern times.

This gallery seeks to display works from all over Europe from many different movements and centuries, including many well-known artists such as van Eyck, Degas, Michelangelo, Goya, Raphael, Monet, Van Dyck, Cézanne, Rembrandt, Van Gogh, and Vermeer.

Google Arts and Culture offers seven Guggenheim Collections to choose from and one-hundred and sixteen exhibits online. There are multiple Guggenheim museums, but these focus on locations in Spain, Italy, and the United States.

Nine different views of the museums are available for online walk-through. These are mainly the Solomon R. Guggenheim Museum, the Peggy Guggenheim Collection, and the Bilbao Guggenheim. 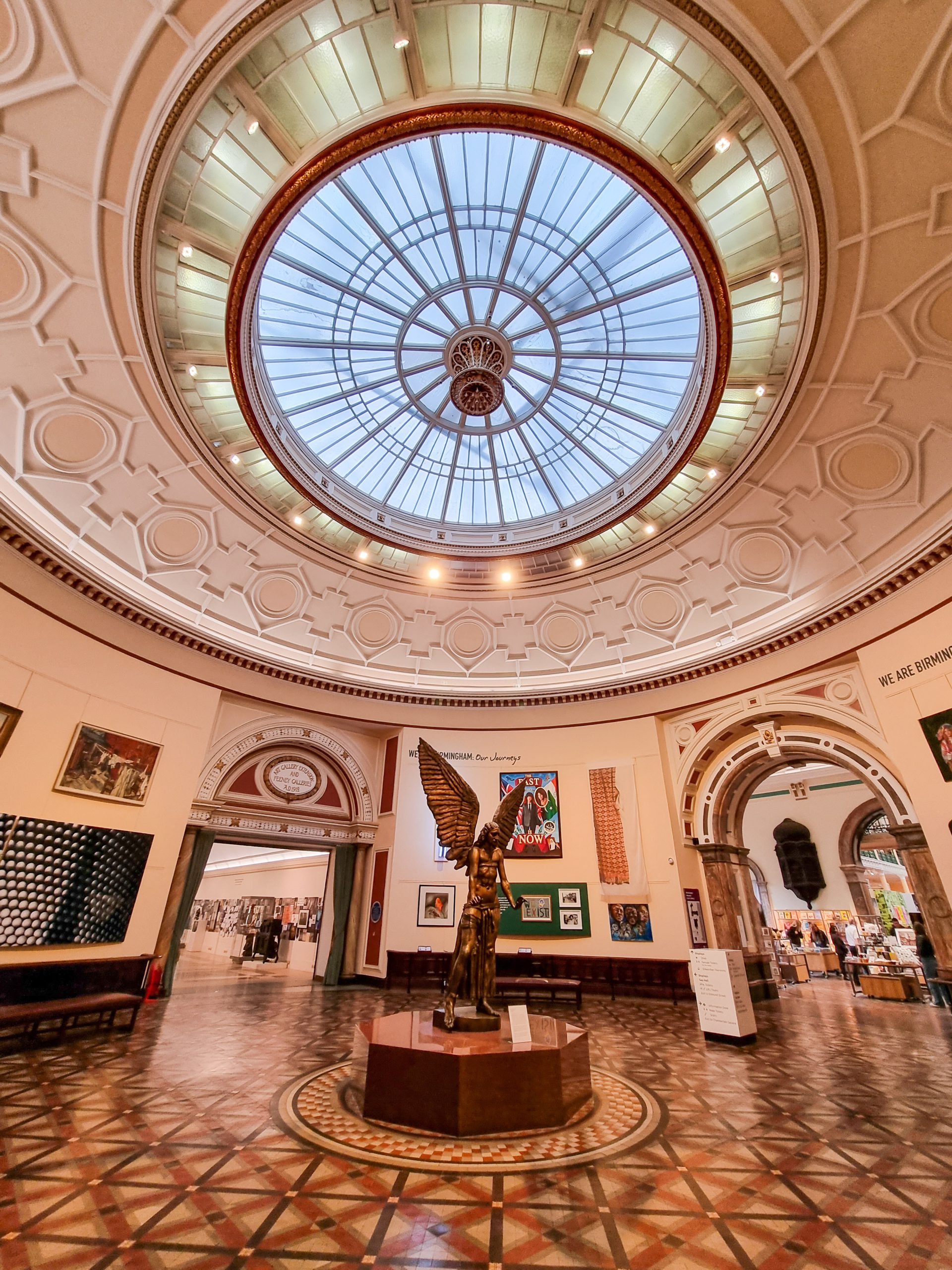 While the French Musée d’Orsay has only one online exhibit, it has six collections and over two hundred and fifty items for observation. It features pieces from many well-known artists such as Manet, Van Gogh, Renoir, Monet, Degas, and Cézanne.

With two collections, fifty exhibits, and fifty-four galleries to choose from, the Vatican Museums contain a mix of various museums located in or near the Vatican in Rome, Italy, which mainly focus on the Catholic church. It varies greatly in medium, from architecture to sculpture to Raphaël’s ink drawings.

Some online exhibits focus on a particular artist, such as Michelangelo or Rahaël. Other exhibits focus on a specific museum, period, idea, or movement. However, the main impact of the Vatican Museums is to highlight the works of art collected over time by the Catholic Church.

The MMCA (Museum of Modern and Contemporary Art) is one of the younger museums, its first branch opening in 1969. Today there are four branches with more in the works all over South Korea.

Each branch of the MMCA focuses on a different aspect of Korean art, but the Seoul site has widened its collection to include global contemporary art. MMCA includes many mediums, from tin art to oil paint to photography.

The largest museum in Mexico, Museo Nacional de Antropología, tells the story of Mexico through its art, starting with the indigenous people and making its way to today. It is also pretty new, built originally in 1964.

These exhibits feature mostly three-dimensional pieces created from numerous materials, such as limestone, clay, and basalt. Many of the works stem from Mayan culture, evident in the stylistic approaches, not only to the pieces but also to the museum itself.

The British Museum, located in London, sets itself apart with widely-known artifacts, like mummies and the rosetta stone. There are fifty-two exhibits online from the British Museum. The two views for exploration online are the inside and the outside of the museum itself.

While the British Museum shows its national heritage, it also explores the works and periods of other cultures and countries. The wide range of mediums, from fabric to paintings to sculptures, creates visual interest from exhibit to exhibit. 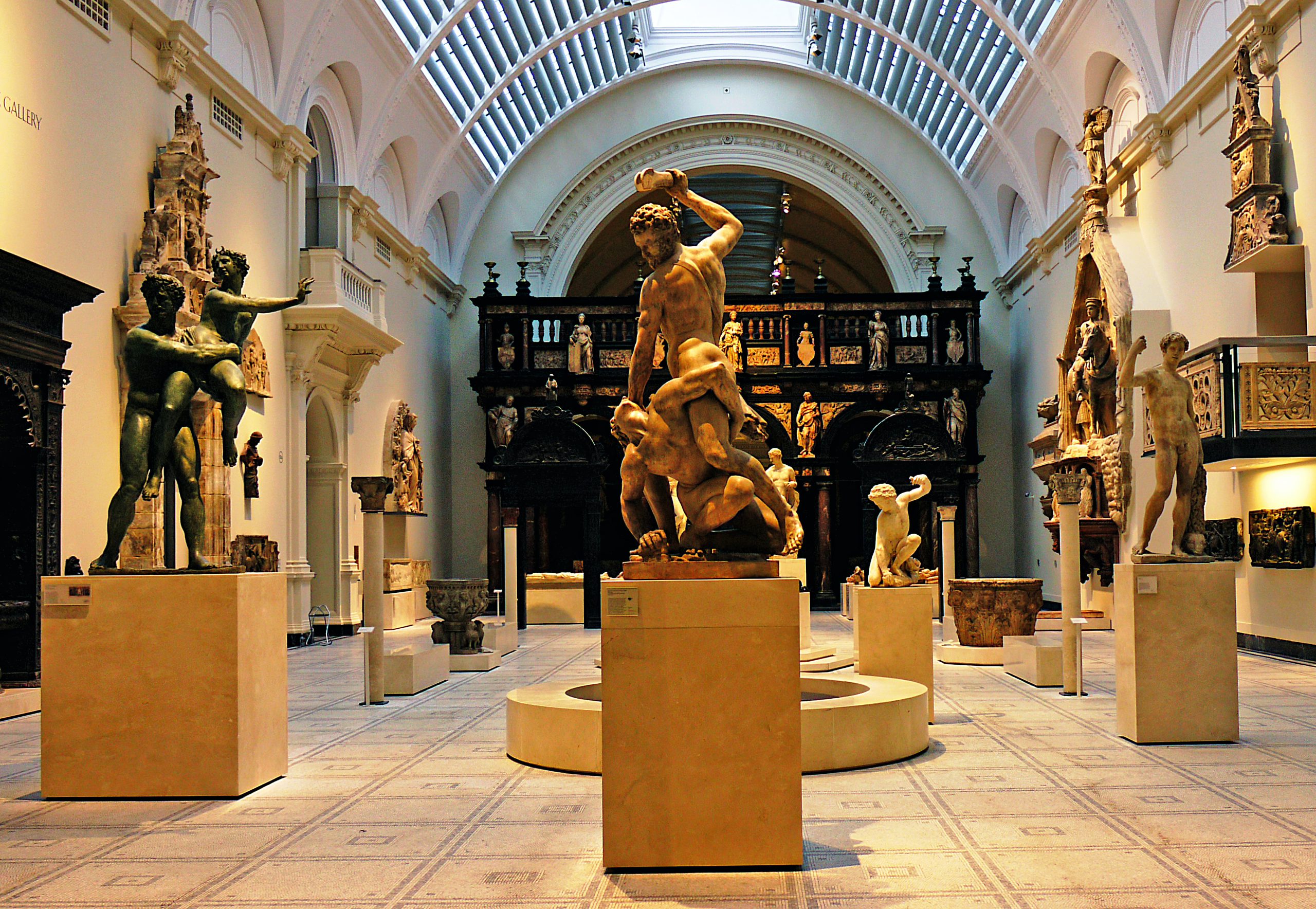 The mass of galleries and exhibits available through Google Arts and Culture is astounding. Not only are the pictures and experiences amazingly well done, but there is also historical information and background to help viewers understand the pieces.

Online art tourism provides the opportunity for learning and examining art from home. Amphy is another way to learn more about art, especially if you would like to learn about history or are interested in learning more about creating art.

The History of Pride Month