If you or a loved one loves chess, it is essential to have a few deep, powerful chess quotes on hand. The best chess quotes capture the excitement and strategy of the game. Read on to see some quotes about chess from chess masters and others.

3. Life is a chess match. Every decision that you make has a consequence to it. – P.K. Subban

4. A computer once beat me at chess, but it was no match for me at kickboxing. – Emo Philips

5. Critical thinking is the most important factor with chess. As it is in life, you need to think before you make decisions. – Hikaru Nakamura

6. Most gods throw dice, but Fate plays chess, and you don’t find out til too late that he’s been playing with two queens all along. – Terry Pratchett

7. In life, as in chess, forethought wins. – Charles Buxton

8. Whoever called snooker ‘chess with balls’ was rude, but right. – Clive James

9. Drawing is rather like playing chess: your mind races ahead of the moves that you eventually make. – David Hockney

10. I feel as if I were a piece in a game of chess when my opponent says of it: That piece cannot be moved. – Soren Kierkegaard

11. The chess player who develops the ability to play two dozen boards at a time will benefit from learning to compress his or her analysis into less time. – Marilyn vos Savant

12. Chess is my life, but my life is not chess. – Anatoly Karpov

13. I am convinced, the way one plays chess always reflects the player’s personality. If something defines his character, then it will also define his way of playing. – Vladimir Kramnik

I consider myself to be a genius who happens to play chess. - Bobby Fischer

14. Fencing is a game of living chess, a match where reflexes only work in combination with intent, and mind and body must work together at every moment. – V. E. Schwab

15. Chess: It’s like alcohol. It’s a drug. I have to control it, or it could overwhelm me. I have a regular Monday night game at my home, and I do play a little online. – Charles Krauthammer

17. Chess is ruthless: you’ve got to be prepared to kill people. – Nigel Short

18. Each outing is its own game. You roll on your game plan. It is a different chess match each time you go out there. I just try to be prepared. – Jason Hammel

19. Chess is not for timid souls. – Wilhelm Steinitz

22. The truth of the matter is that chess is not the game of life because life does not ever happen the way you strategize and plan. – Jason Reynolds

23. I am still a victim of chess. It has all the beauty of art – and much more. It cannot be commercialized. Chess is much purer than art in its social position. – Marcel Duchamp

24. Once you’re a chess player, you spend a lot of time thinking about the game and you can’t get it completely out of your head. – Magnus Carlsen

25. Chess first of all teaches you to be objective. – Alexander Alekhine

26. I get more upset at losing at other things than chess. I always get upset when I lose at Monopoly. – Magnus Carlsen

27. In chess, you should be as cool as a cucumber. – Yuliya Snigir

28. Life is very much about making the best decisions you can. So I think chess is very valuable. – Hikaru Nakamura

30. I think chess players are not always what you think them to be. Or maybe it’s our job to appear serious. – Anish Giri

32. The great thing about chess is it’s a game for oneself. You don’t work on what you can’t control, you just work on yourself. And I think if more people did that, we’d all be a lot better off. – Daniel Naroditsky 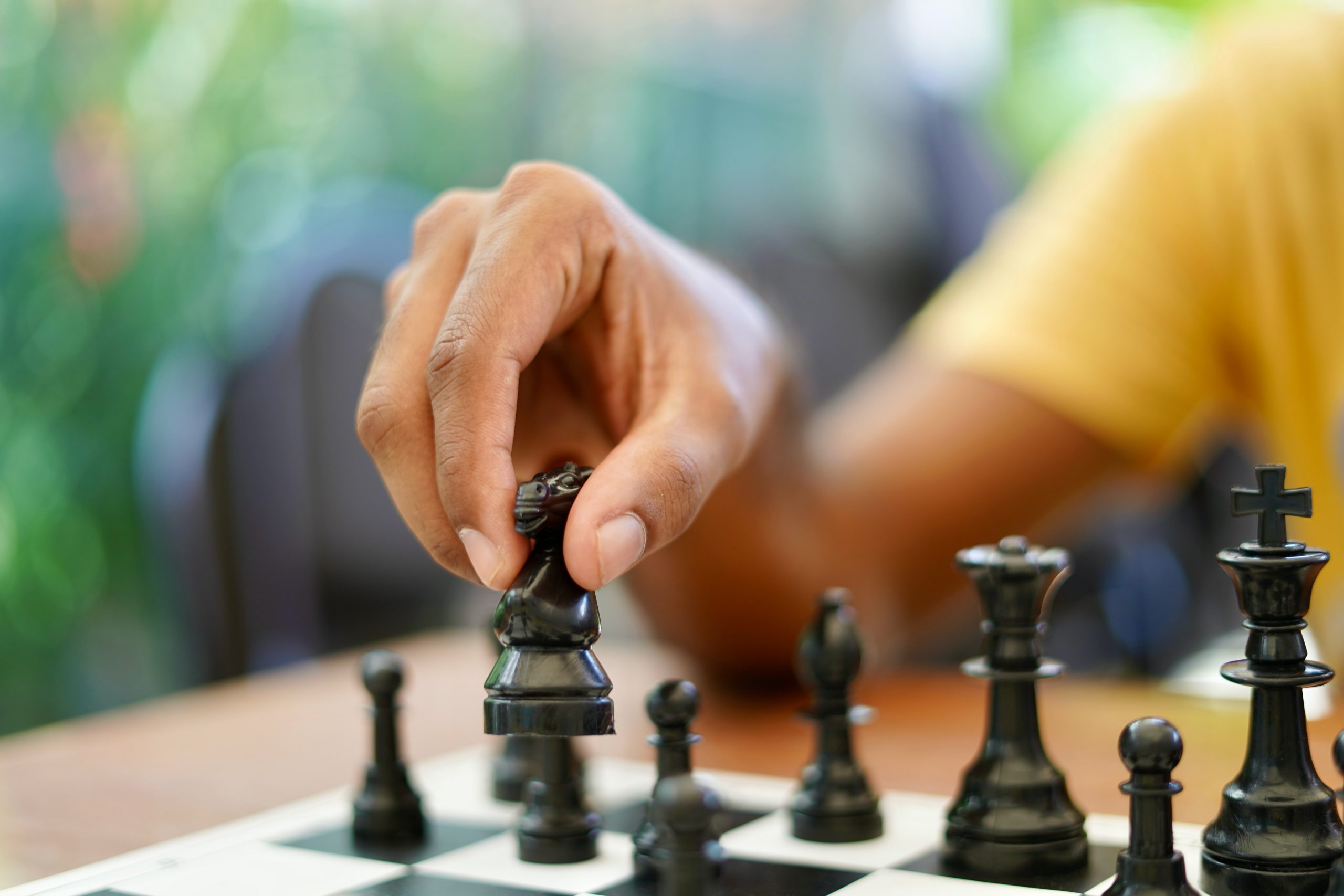 33. Chess is an infinitely complex game, which one can play in infinitely numerous and varied ways. – Vladimir Kramnik

35. In poker, you want to play the weaker guys. In chess, it’s the opposite. – Hikaru Nakamura

37. When you watch chess, you don’t see the four hours that the player spends preparing for a match ahead of time. – Hikaru Nakamura

38. My problem with chess was that all my pieces wanted to end the game as soon as possible. – Dave Barry

39. I believe that the true beauty of chess is more than enough to satisfy all possible demands. – Alexander Alekhine

40. Whoever sees no other aim in the game than that of giving checkmate to one’s opponent will never become a good Chess player. – Max Euwe

41. I was world champion. For me, chess is my life. It is everything. – Anatoly Karpov

42. For me art and chess are closely related, both are forms in which the self finds beauty and expression. – Vladimir Kramnik

43. In chess, everyone’s accepted. That’s what’s great about it. You can be a little bit different. You can be an oddball. – Hikaru Nakamura

44. I want to show how rich chess is and what kind of history it has, through culture, literature, and education. – Judit Polgar

45. I consider myself to be a genius who happens to play chess. – Bobby Fischer

46. Chess can be described as the movement of pieces eating one another. – Marcel Duchamp

47. Political analysis is full of chess metaphors, reflecting an old tradition of seeing games as models of physical and social reality. – Dominic Cummings

48. People are governed with the head; kindness of heart is little use in chess. – Nicolas Chamfort

49. Chess is a game where all different sorts of people can come together, not a game in which people are divided because of their religion or country of origin. – Hikaru Nakamura 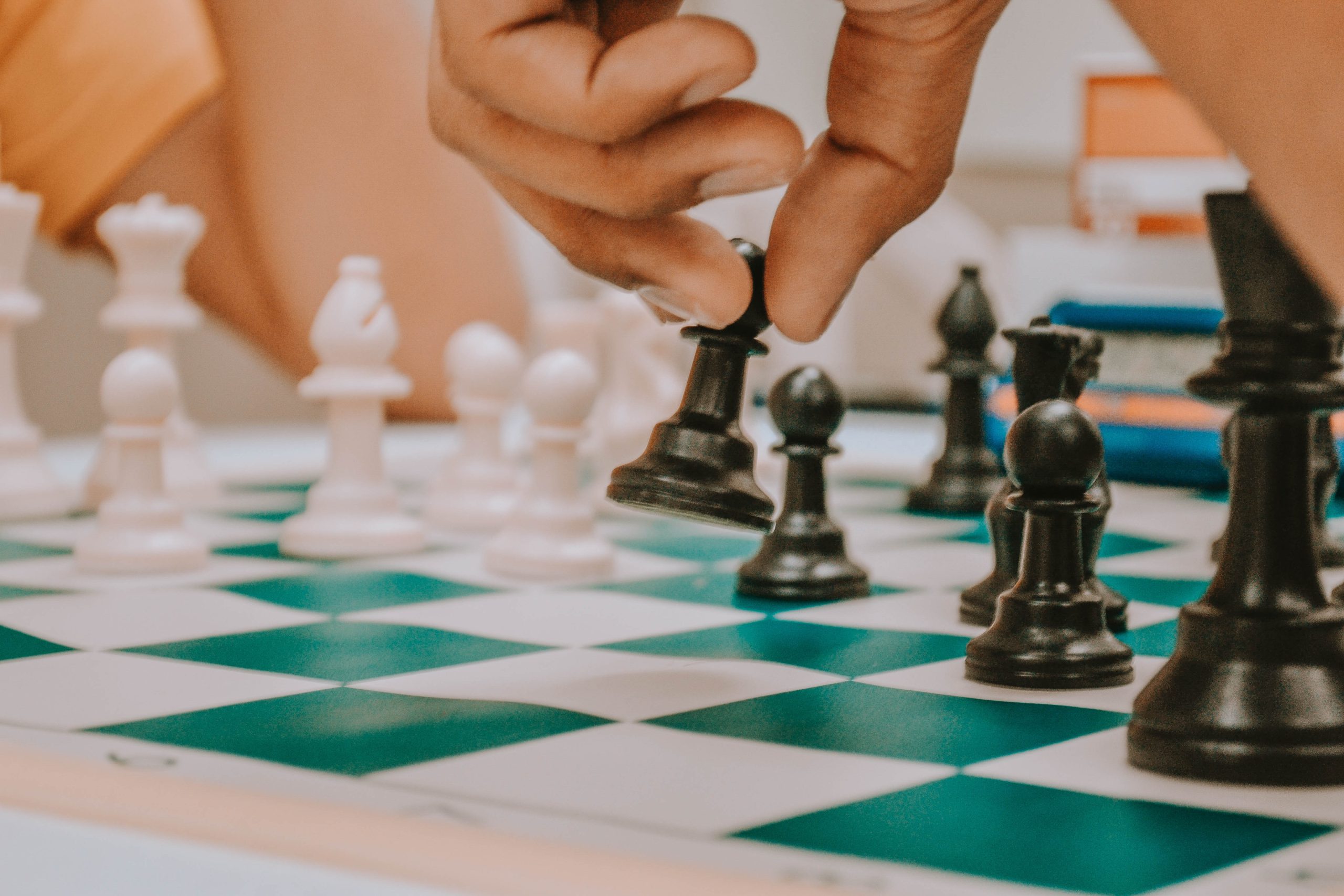 50. My mother and father met while playing chess, so I’ve always had a fondness for the game. If it weren’t for chess, I might not be here. – Dorothy Dunnett

51. Life is not always like chess. Just because you have the king surrounded, don’t think he is not capable of hurting you. – Ron Livingston

52. With chess, it was almost this palpable electricity that I felt. You’re totally in control of your own fate. There’s no luck factor. It’s you and the pieces. – Daniel Naroditsky

53. I learned that fighting on the chessboard could also have an impact on the political climate in the country. – Garry Kasparov

54. I barely know what my plans are for tomorrow, but I hope chess will remain a major part of my life. – Anish Giri

55. Chess for me is not a game, but an art. Yes, and I take upon myself all those responsibilities which an art imposes on its adherents. – Alexander Alekhine

56. Chess is so inspiring that I do not believe a good player is capable of having an evil thought during the game. – Wilhelm Steinitz

57. You can’t win the chess match if you don’t have enough pieces. – Stephon Marbury

To learn more about chess and its mental benefits, visit us Amphy.com and jump into a group class for beginners or sign up for one-on-one instruction from a grandmaster!

How to Learn Chess Online?