If you’ve ever tried going on a diet before, in hopes of losing that stubborn weight and keeping it off for good, you’re not alone! Most people (women in particular) have tried at least one tad diet in their lifetime, with the goal of fast tracking their weight loss attempt. The problem? The restrictive nature of these diets is unsustainable long term, and the majority of people regain over eighty percent or more of that weight within five years.! Chronic dieting is one of the greatest predictors of future weight gain!

Dieting is not a healthy way to lose weight, here's why:

Fad diets have been around for centuries. In the early to mid 1900’s, cabbage soup and grapefruits became the latest diet craze; people bought into the Hollywood Diet, which suggested that eating a grapefruit with every meal would help them lose weight. Ask yourself if you’d eat two to three grapefruits a day for the rest of your life, and then decide if it’s something you could commit to for one, five, or even ten years from now. If not, it’s probably far restrictive. On the other end of the spectrum, the Atkins diet convinced people that all carbs were bad, and eating copious amounts of bacon and butter was the secret to long term weight loss. Not only is this approach unsustainable, it’s also a recipe for a heart attack.

You’re probably familiar with some of the latest diet trends such as keto, whole 30, Dr. Bernstein and the South Beach Diet, all of which promise fast weight loss of more than one to two pounds per week. All of these diets share a common theme: they restrict certain foods or entire food groups, restrict calories, and/or promote specific foods/ supplements that claim to help you shed the pounds.

Diets focus on “good” and “bad” foods, instead of focusing on optimizing your health through eating a balanced and diverse range of different foods, regardless of their carbohydrate content.

Let’s take the keto diet for example, which gained a ton of popularity starting a few years back. “Keto” was Google searched over 24 million times in 2020, making it the most popular food related search in the world that year.4 The keto diet is a high fat, low carbohydrate diet that consists of approximately 75% of calories coming from fat, and only 5% of calories coming from carbohydrates. On the keto diet you can say goodbye to pasta, bread, legumes, and even starchy fruits and vegetables such as bananas and sweet potatoes. And you can most definitely forget about having a slice of pizza or a plate of spaghetti with friends, unless the crust is made of cauliflower or the noodles are made of zucchini! 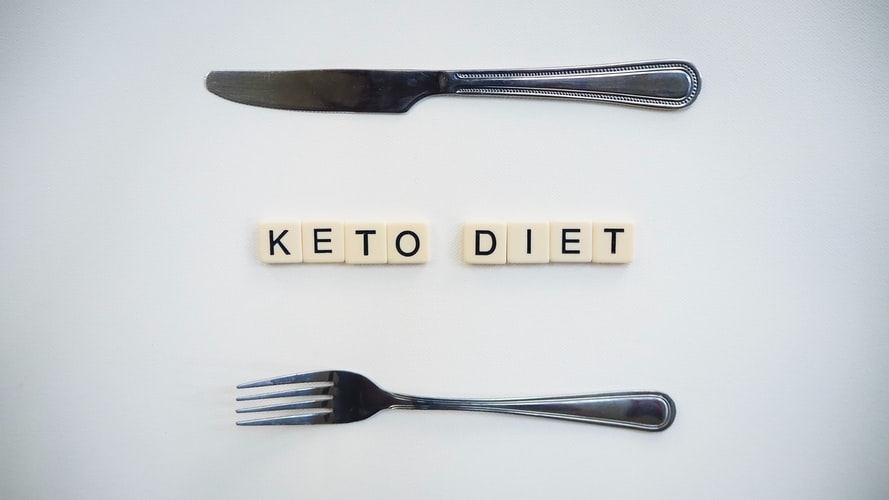 More on the keto diet

Our body’s preferred source of fuel is glucose, which is a fancy name for the simplest form of sugar that makes up carbohydrates. When there is no sugar available for the body to use, it burns fat for energy instead. There are a number of benefits of the keto diet, which makes it appealing to a lot of people, especially those looking to lose weight and improve their blood sugar levels. For one, weight loss is almost inevitable, as your body is forced to burn fat. What a lot of people don’t realize, is that the initial weight loss is actually water weight; when we eat carbohydrates, our bodies retain extra water. When we remove carbohydrates, we lose that stored water. If you’ve ever felt bloated or a couple pounds heavier the day after eating a high carb meal such as sushi or pad thai, you can blame the water retention! 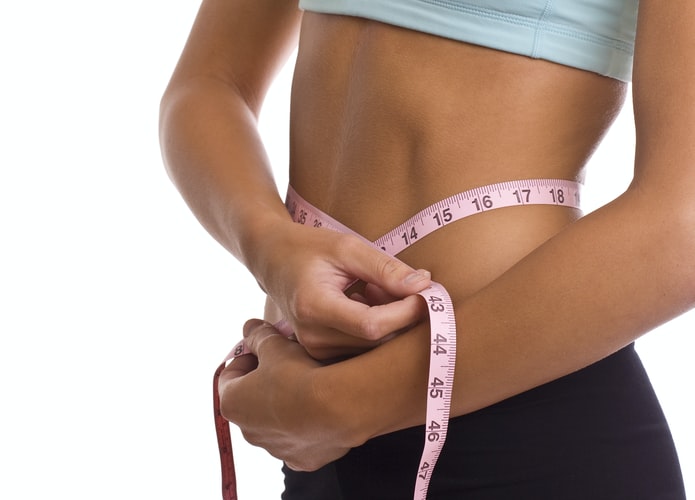 What happens when you eliminate carbs

When you eliminate carbs from your system, your body adapts to the new way of eating, and burns fat for fuel instead. By eliminating carbs, you’re also eliminating all of the amazing vitamins and minerals that fresh fruits, vegetables, legumes, and whole grains have to offer. This results in deficiencies in certain nutrients, which can lead to hormonal imbalances. The keto diet does seem like a great idea for the first few months, until you realize it’s unrealistic to eliminate pizza and pasta for the rest of your life, and dinner parties, family gatherings or outings with your friends have become an anxiety-ridden nightmare. Imagine explaining to your grandmother why you weren’t able to indulge in her famous spaghetti and meatballs. Meatballs without spaghetti just doesn’t seem right!

Instead of a proper diet “exit strategy” which involves slowly reintroducing carbs back into your system, you then go back to your old way of eating, and all the weight that you lost starts to creep back on. Your system hasn’t had to process carbohydrates for quite some time, so you get a huge spike in blood sugar, followed by a blood sugar crash. This results in craving more and overeating – you guessed it – carbohydrates, (and not the nutrient dense kind, usually the processed sugary kind!) which you’ve restricted for so long. You start to feel guilty for “falling off” the diet and gaining the weight back that you lost, and give up entirely. You binge on foods that were forbidden, because you couldn’t have them for so long, until you decide to try another trendy fad diet that has you cutting carbs and/or restricting calories. The cycle repeats itself and you’re back on the yo-yo dieting train. Sound like a familiar pattern? 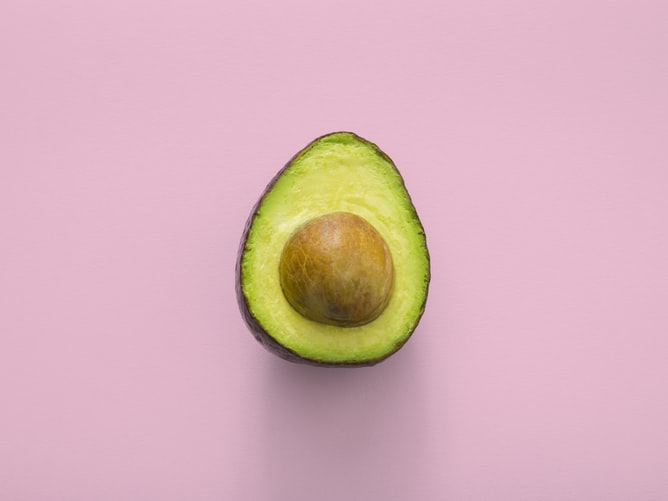 Food is meant to be enjoyed

Most diets, similar to the Keto diet explained above, create a lot of fear and rules around certain foods and food groups. From a psychological perspective, when you’re told you can’t have something, you end up wanting it more. Diets focus on “good” and “bad” foods, instead of focusing on optimizing your health through eating a balanced and diverse range of different foods, regardless of their carbohydrate content. Remember that both apples and cookies are considered carbohydrates, and not all carbohydrates are created equal. Both can be enjoyed in a healthy balance; it’s not the occasional cookie or slice of pizza that is derailing your weight loss efforts, or the apple that is the miracle weight loss cure. It’s the constant food obsession and fear around specific foods that eventually leads to restricting, followed by binging, overeating, and blood sugar/hormonal fluctuations. 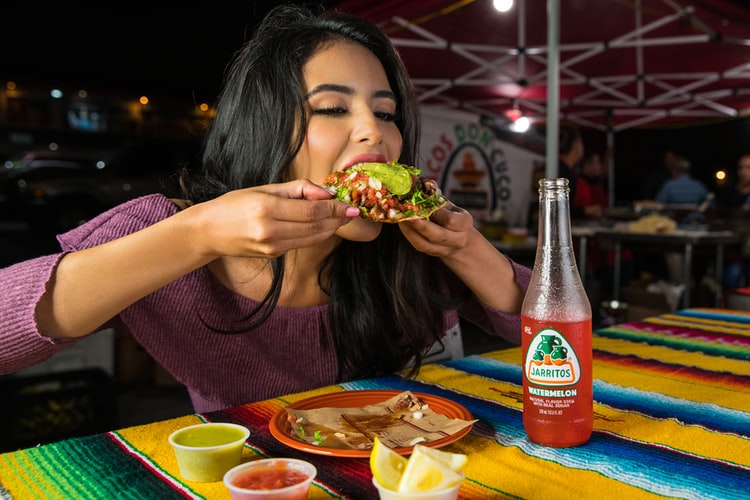 Food is food, and it is meant to be enjoyed. If you’re contemplating going on another diet, ask yourself if you can see yourself on that diet in one, three, or even ten years from now. Ask yourself the tough questions. If an entire food group is eliminated, that’s an immediate red flag. The definition of insanity is doing the same thing over and over again and expecting different results; if you’ve dieted your whole life only to end up in the exact same situation or maybe even worse off, is it worth starting another one? 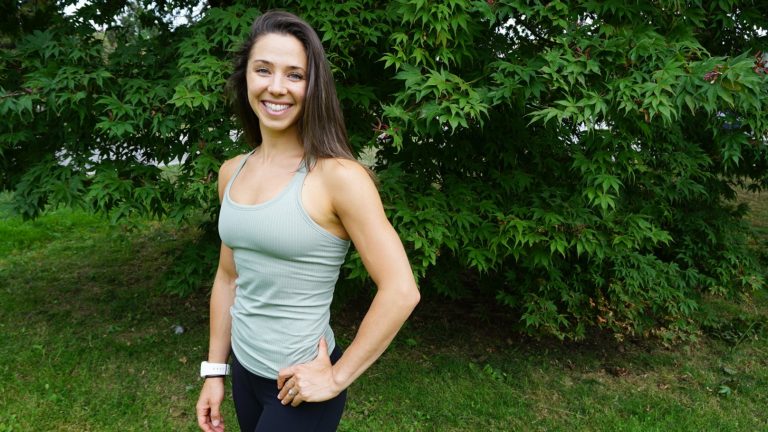 Mary has been personal training for the past 8 years, and nutrition coaching for nearly 3 years. She delivers health seminars for corporate teams and sports teams, works one on one with both her personal training and nutrition clients, and also teaches a wide range of cooking classes. Mary has worked with kids as young as 5 years old, seniors over 70 years old, and everyone in between. She absolutely loves what she does, and has dedicated her career to changing people’s lives for the better!

Pump up your heart! Cardio Workout!

31 Superb Books on Yoga Every Yogi Must Read

Easy Exercises You Can Do In the Workplace

Keep students motivated to come back next week

Let the world know about you