When we are working in an office setting, it’s not uncommon to run into new words that we’ve never heard before. This can be frustrating if you don’t know what they mean, but it’s an excellent opportunity to learn!

When you hear an unfamiliar word, try asking the speaker what it means. If they don’t already know, they will likely appreciate your attempt at speaking Spanish and will be willing to help you out. You can also look up words in a dictionary or ask someone else who speaks Spanish well. You’d be surprised at how many people will want to help you learn their language!

Russian language (for A1)

But it’s not just about learning new words—it’s about creating an understanding of the culture. If you’re in a position where you need to learn Spanish, but don’t want to go through the traditional classroom setting, we’ve got you covered. We offer online classes that are fun and engaging, so you can get all the benefits of learning a new language without having to leave your home or office!

Learning a second language is an important skill to have. It helps you make connections and grow as a person, which can be crucial to your career. You may think that reading is the best way to acquire a second language—and it is! But you also need to hear and speak the language in order for your brain to truly absorb it. If you’re at home and not interacting with other speakers of Spanish, it’s easy for your brain to forget what you’ve learned.

At Amphy, we’re committed to helping employees acquire a second language. We provide language classes, and we also encourage our employees to practice their skills with each other outside of class. Don’t you want to be able to speak Spanish?

Learning a new language can be hard, but it’s not impossible. The first step knows where to start. If you’re in the workplace that means putting yourself in situations where you’ll encounter new words and phrases on a regular basis. If you’re not working, there are plenty of things you can do to make sure your brain is constantly challenged by new information.

For example, if you’re at home or work and there’s a Spanish-speaking person nearby, try asking them questions! Ask them what their name means in Spanish, or what they like best about their country or city (if they aren’t from here). Or try playing some music from their country—they may even have a song that tells their story!

The more time we spend around other people, who speak other languages, the easier it becomes for us to learn new words and phrases through immersion (and not just in books). It also helps us understand the different cultures that exist all around us—and we never know when those differences might come in handy!

You’re not going to run into new words only when you’re reading. You can run into them anywhere—when you’re talking to your coworkers when you’re watching a movie, or even when you’re just trying to order lunch.

Learning a second language is one of the best ways to expand your knowledge and improve your career prospects.

Isn’t that Spanish-speaking person more likely to help you out if they know you’re trying to learn their language? Plus, learning another language can be really fun! You get to make new friends, travel abroad, and talk to people who might not otherwise speak English at all. It’s a great way to expand your horizons and grow as a person. Learning a second language is an excellent way to increase your knowledge of the world, find new job opportunities, and earn more money.

In a recent study conducted by the Pew Research Center, it was found that about 60% of Americans believe that the ability to speak another language is important for getting ahead in today’s global economy.

However, only about 20% of Americans speak at least one foreign language fluently. This means that there are millions of jobs out there that Americans are missing out on simply because they don’t know how to speak a second language. While reading Spanish books can help you learn Spanish, reading Spanish books alone isn’t enough to make you fluent in Spanish or even proficient in the language. You need to be able to practice speaking Spanish as well!

To learn how to speak Spanish fluently, one must learn how to recognize new words not only through reading but also through listening and repetition. This means listening to music in Spanish, watching movies in Spanish, and repeating words aloud until they become second nature to you. 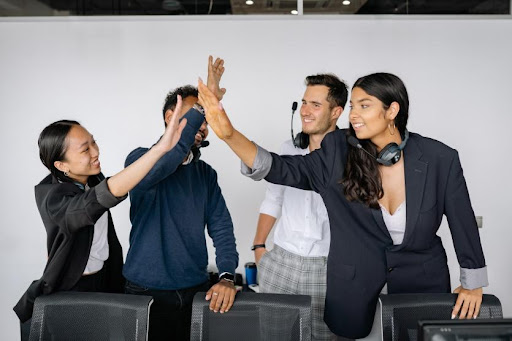 Learning Spanish is Not Only a Great Idea for You but Your Workplace as Well.

Many people in the United States don’t speak Spanish, and it’s very difficult to communicate with customers in a language that they don’t understand. If you know how to speak Spanish, you can help your company by translating documents and talking to customers on the phone.

Even if you don’t know how to translate or speak Spanish fluently, learning just a few words can make a huge difference in your ability to communicate with customers. You may be able to ask them questions about their needs and wants that wouldn’t come up if you didn’t speak their language at all!

Learning a second language isn’t just for work—it can also help with socializing, dating, and making friends with people who speak another language. So what are you waiting for? Start learning today!

Russian language (for A1)