Where Did Spanish Language Come From?

Spanish is a Romance language spoken worldwide by more than 538 million people. It is the official language of 20 countries, and it has the 4th most speakers after English (1.5 billion), Mandarin (1.1 billion), and Hindi (602 million).

That’s a lot of people that you could communicate with if you knew Spanish!

However, where did Spanish actually come from? Spanish is a pivotal language in history and modern times. It is spoken and understood by a great number of people. It’s no wonder so many people choose to learn Spanish as their second or third language.

Below, we talk more about the characteristics and features of Spanish, where spanish language comes from, and what to know about the language going forward.

Which Came First? English or Spanish?

The answer depends on if we examine Old language or Modern language. Let’s look at both.

Modern English and Modern Spanish are generally used to refer to a recognizable, comprehensible language. One that uses the same consonant and vowel sounds and spellings as the languages we know now.

Languages evolve all the time. Accents, cadences, and vocabulary from 50 years ago can be confusing to those living in modern times. It is generally accepted that the Modern versions of languages are similar enough to what we speak now.

Modern Spanish became common many years before that, in the early 13th century in Toledo, Spain.

So, when comparing the two Modern languages, Spanish precedes English by more than 2 centuries.

If we go further back in time, however, to the beginnings of Old English and Old Spanish, the answer is different.

Old English was being used by 450 CE. This language is vastly different from the English we know now, but it was still a form of English nonetheless.

Old Spanish was not used until about 900 CE, however, putting it many centuries behind Old English.

So, when comparing the two Old languages, English precedes Spanish by many centuries. 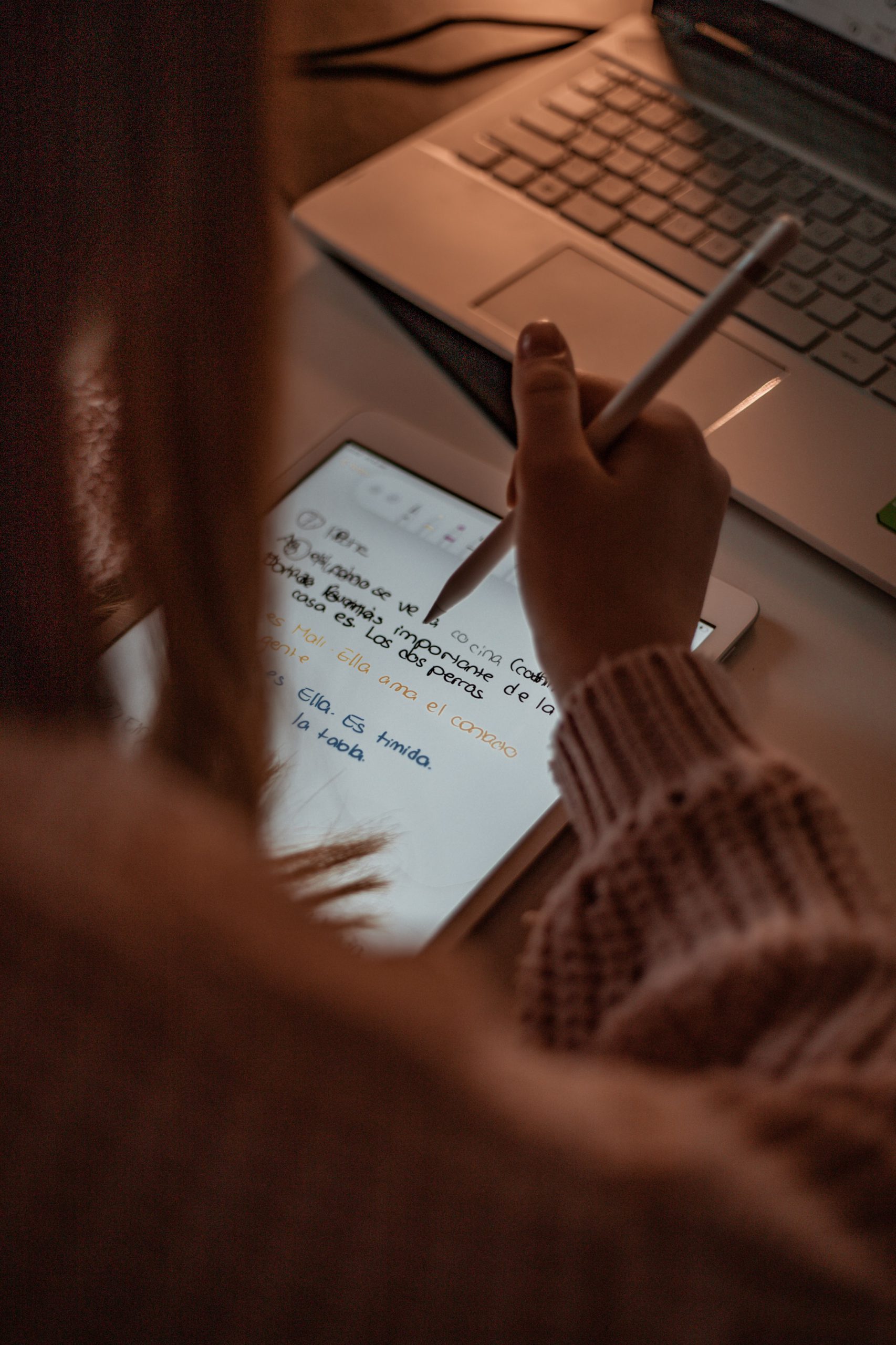 What Are the 4 Types of Spanish?

There are countless dialects of Spanish all over the world. Not only does each of the 20 countries with Spanish as an official language have its own general dialect, but the regions within these countries also have vastly differing dialects.

Broadly speaking, we can clump each of these thousands of dialects into 4 main groups:

While Castilian can be used to refer to several different dialects in specific regions of Spain, it is also commonly used to identify the Spain accent across the country.

Castilian Spanish is characterized by its unique pronunciation of the c or s sounds. Castilian speakers say these letters with a lisp, almost bordering on the th sound that we know.

Castilian also has its own set of slang, vocabulary, and expressions. Some expressions make perfect sense in Spain that would make a Chilean, for example, scratch their head in confusion.

Often, Castilian Spanish is the Spanish taught in schools since it is generally believed to be the standard for the Spanish language.

Latin American Spanish is referring to a type of Spanish spoken in the 20 Spanish-speaking Latin American countries, but it cannot successfully refer to any similarities between each of these. Because there are so many regions and cultures, it is difficult to group them together. It is possible, however, because of the influence that most share.

Equally, indigenous American languages have influenced and affected Latin American Spanish as well. There are many terms still used today that are borrowed from ancient indigenous cultures like the Mayans.

In general, South American Spanish is extremely difficult to pin down and identify. Because of the vastness of the continent and the overwhelming majority of Spanish speakers on this landmass, their language influences are less clear and identifiable.

There is, however, a specific dialect in South America called Rioplatense, and it is spoken by Argentinians and Uruguayans for the most part. This dialect is notable because of its use of voseo, a pronoun that does not exist in other Spanish-speaking regions.

It is widely accepted and joked about worldwide that South American Spanish, particularly Chilean, can be incredibly difficult for outsiders to comprehend. The dialects are often many steps removed from the Spanish taught in class and therefore sometimes more confusing!

It’s crazy that there’s an entire section of Spanish that derives from a country that does not list Spanish as its official language, but it’s true.

There are more than 40 million Spanish speakers in the United States, though, so it makes sense that these individuals would have developed their own kind of dialect after time.

In the U.S., it is highly common for households to speak Spanish though they use English out and about in their daily lives. This has directly influenced the creation of Spanglish. Many younger people from Spanish-speaking households will speak in a combination of both English and Spanish, called Spanglish in their everyday lives.

Because Mexican immigrants make up the largest subpopulation of Spanish speakers in the U.S., the Mexican accent is most commonly heard in use around the country. Additionally, Mexican slang and expressions can generally be heard in use.

Spanish is spoken in México, and it is the official language of the country. Spanish derives from early Spain, but because of the Spanish colonization of much of the Americas, México and a lot of surrounding countries now speak Spanish too.

There is a dialect of Spanish that is referred to as Mexican Spanish. This encompasses the slang, expressions, and vocabulary that Mexicans tend to use when speaking in Spanish.

But is Spanish Mexican in origin? No. While the Mexican Spanish that is spoken today has utilized some indigenous words and phrases into their everyday language, it cannot be said that Spanish originates from México. 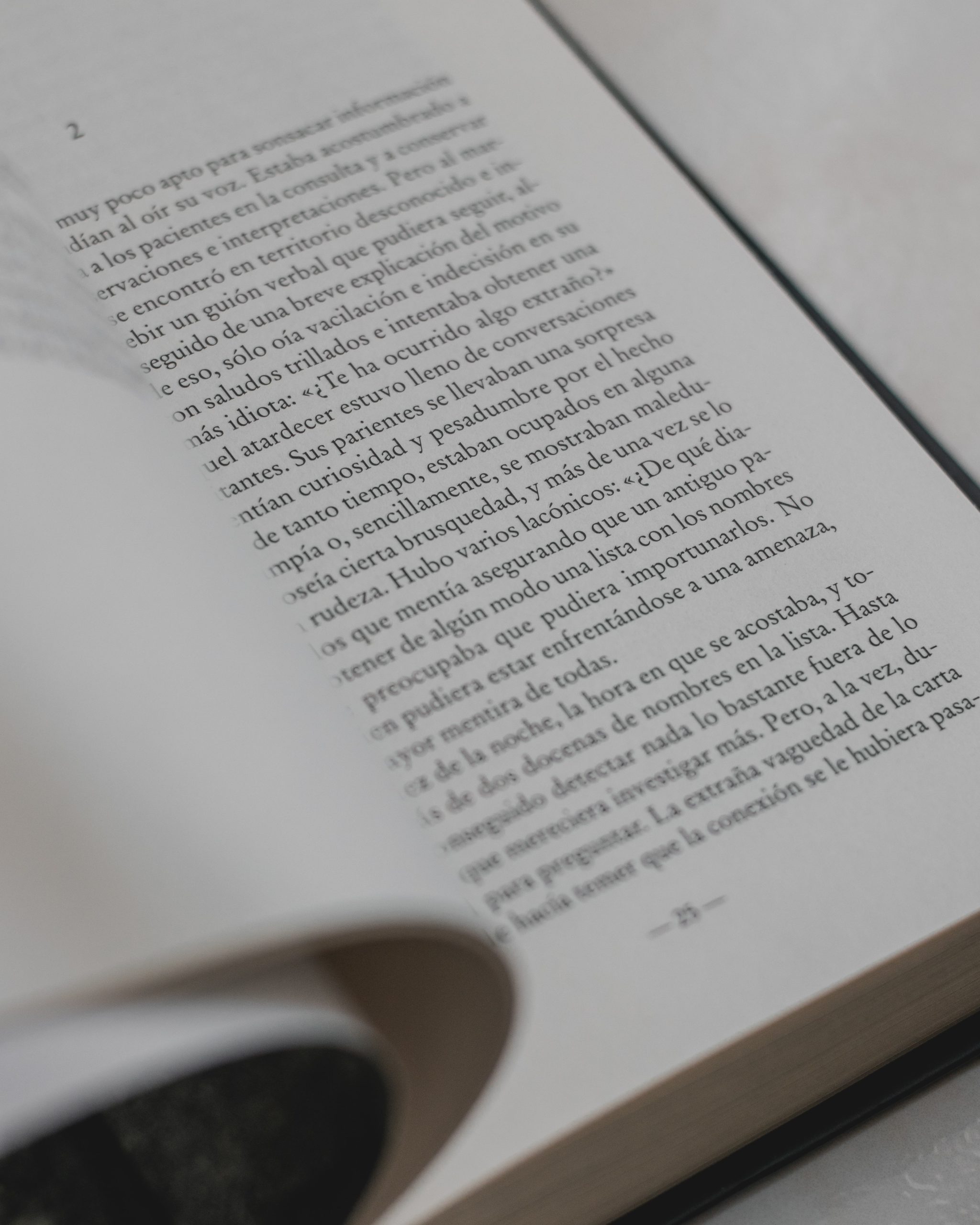 What Language is Spanish From?

Along with many other languages like French, Italian and even English, Spanish derives from Latin. These languages are known as romance languages because they exist thanks to the Romans who spoke Latin and spread the language across the globe thousands of years ago.

Where Can I Learn Spanish?

You can learn Spanish right here on Amphy.

We have Spanish classes available at all levels, in all formats, for a wide range of prices. You can browse through our vast selection here.

There is something for everyone on Amphy!

How Do You Say Spanish in Spanish?

The word for Spanish in Spanish is español. In Spanish, they do not capitalize the first letters of languages, so it is written all lower case. The tilde above the n gives it the following pronunciation: es pan yol.

If you want to say that you speak some Spanish, you can say: Yo hablo un poquito de español.

If you want to indicate to someone that you only speak English, the Spanish word for English is inglés. See below for more translations of commonly used/needed words and phrases.

What Are Common Spanish Vocabulary Words?

Thinking of traveling to a Spanish-speaking country? Want to learn the most important phrases before you go? We’ve compiled a list of helpful vocabulary and phrases below.

While you may run into some instances of not knowing what to say and not understanding answers, with these generally useful phrases and words, you could navigate around Spanish-speaking countries fairly well.

It would also be a great idea to enroll in an Amphy course before heading out to your favorite Spanish-speaking country. With a couple of classes under your belt, you will feel confident and calm in situations where Spanish is needed. And who doesn’t want that?

If you are in a Spanish-speaking country now and don’t speak Spanish, don’t panic! Eventually, you will probably come across someone who knows how to speak the same language as you! 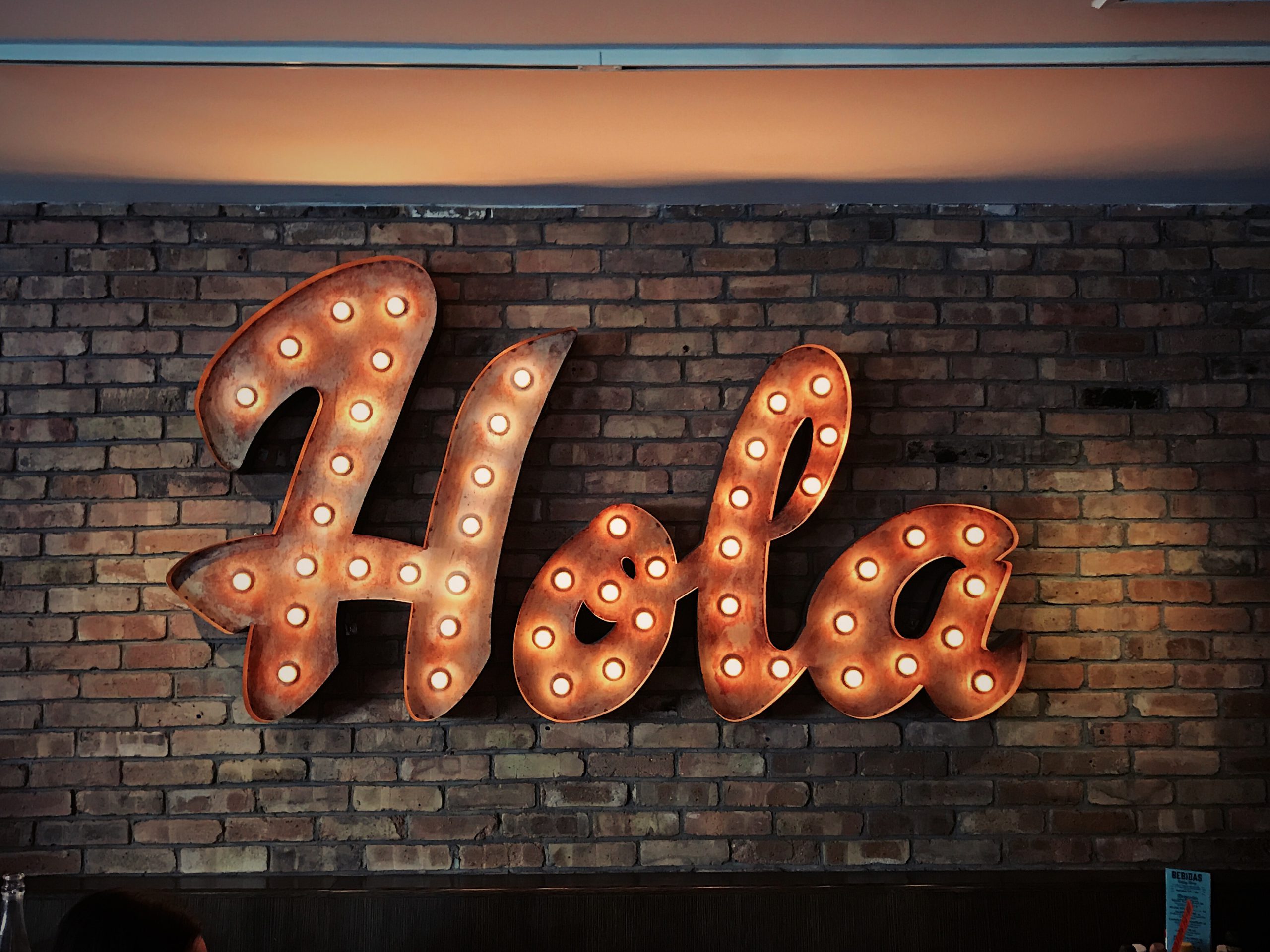 How Do I Translate English to Spanish?

If you already know a bit of Spanish and are looking to improve your translation abilities, we have the perfect course for you. We know that perfecting the intricacies of translation is difficult, so we offer the below option for learning how:

In this online, 4-part English-Spanish Translation course, you will learn to hone your translation skills and improve both your English and your Spanish.

If you just want to be able to translate on the spot in dire situations, Google Translate is always a great resource. Some numerous apps and websites will help with translating at the moment.

Of course, an English to Spanish dictionary is always worth considering. If you ever find yourself without your cellphone or another mobile device, breaking out the dictionary could help with specific translations.

For advanced students, it is often suggested to avoid directly translating sentences when trying to speak in Spanish. Often, the English way of something cannot be translated word-for-word because the Spanish way of saying that same thing is so different.

A great example of this is Cómo te llamas? which directly translates to How do you call yourself? This is not how we ask to know someone’s name in English. Instead, we often say What’s your name? which is possible in Spanish (Cuál es tu nombre?) but is much less common.

Spanish is a worldwide language, spanning continents and countries. It has a rich, important history, and is spoken by hundreds of millions of people across the world. Learning Spanish is challenging, yet wildly rewarding.

There are many different dialects of Spanish, but the heart of the language is the same everywhere you go. You may also hear varying accents when traveling to the more than 20 countries that have Spanish as an official language.

It is also important to note that many non-native speakers chose to learn Spanish as their second or third language. It is a popular choice due to its global reach. When thinking about taking Spanish classes, remember what good company you’d be in!

In all, Spanish is rich in culture, beautiful, heavily used across the world, and interesting as a language.

Spanish classes are available on amphy.com for students of all levels! We know you’ll find a course that sparks your interest in Amphy. Click here to get started pursuing your options.